Dan Keller mentioned in Session #89 of the Youth Baseball Edge podcast that he liked a drill he called the "Buffet Drill" where he strung together several skills. I've also done the same drill (except I called mine "Training Camp", the name of which might have turned off some kids) but without the competition aspect that Dan wisely incorporated.

I've been asked to elaborate on that drill so here it is, now including the competition aspect Dan used.

Here's a graphic of what it looks like. This is obviously not a professional drawing but, hey, at least it's easier than trying to explain everything only with the written word. 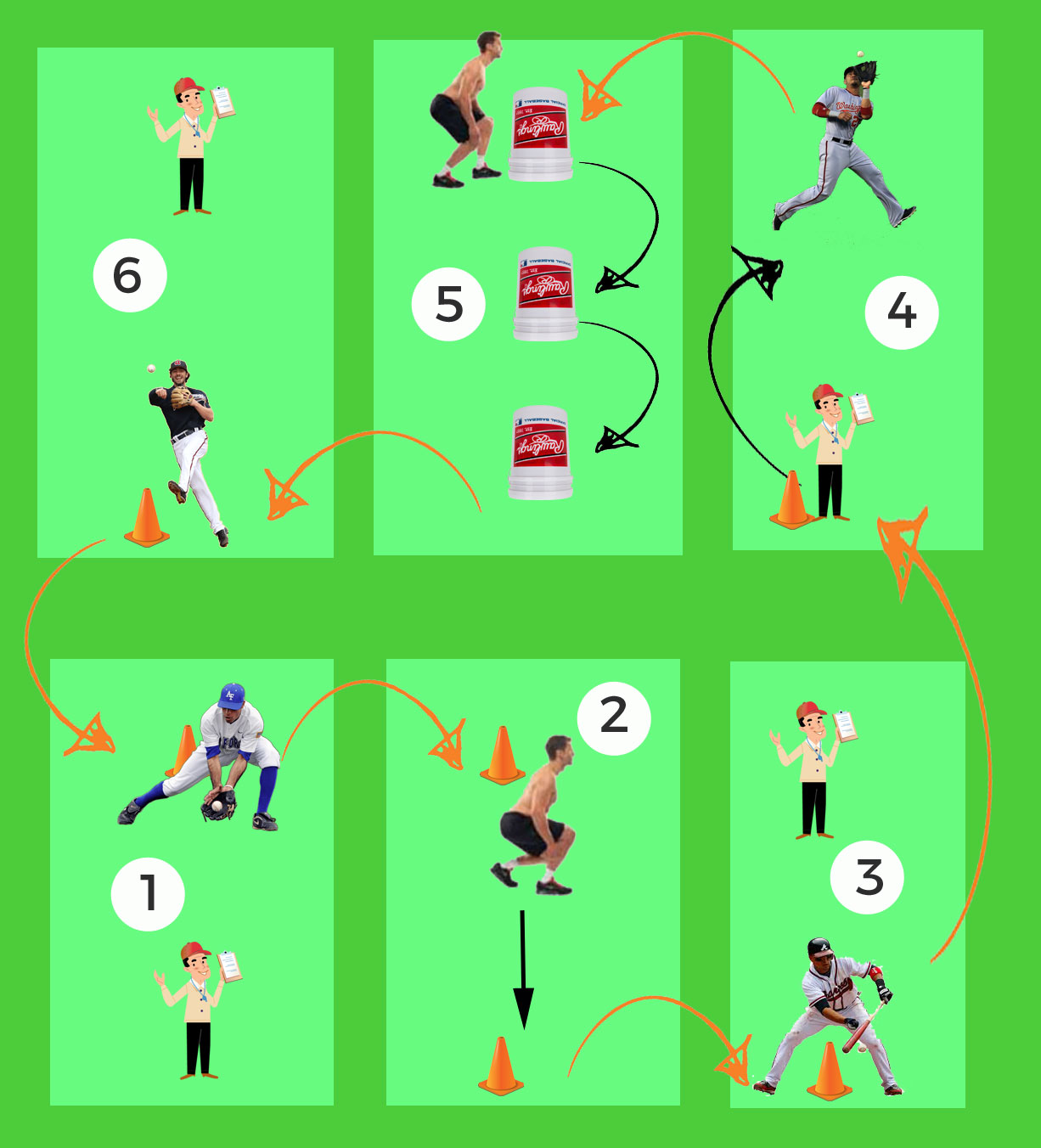 General flow of the drill

As Dan mentioned, you can add competition after two rotations. The thought is that the first two rotations is to get the players acclimated to what is expected of them at each station. Once they get familiar (usually by the end of the second rotation), you can factor in competition by doling out points and seeing who accumulates the most points or timing who has the fastest rotation or however you want to handle competition.

You can do this with kids as young as seven (though you'll obviously need to ratchet down the skill complexity accordingly) and go all the way up to college. At Vanderbilt University, Tim Corbin does something like this called the "Omaha Challenge" in the offseason, using things like sled pushes, weight training and stair climbing in place of baseball skills (see Day 1 of their 2017 Omaha Challenge here).

I've done this at the beginning of youth practices but you can do it anywhere in your practice—middle, end, whatever. Give the drill a fun name (e.g., "The [team name] Skills Challenge", "Baseball Olympics", "Baseball Ironman", etc) and kids will have fun with it.

Remember, you're the coach and the kids will follow your demeanor. If you pump this up as "fun" and "challenging" instead of "tiring" and "work", they'll be more enthusiastic.

Let me know in the comments below if you have any questions.