One of the most common errors in hitting mechanics among youth hitters occurs in the sequence from batting stance to foot plant (after the stride). This happens in 7-year-old kids and up to high schoolers. (Well, technically, it also happens in 5-6 year olds but that age group as a whole generally doesn't have any good mechanics so we'll excuse them.)

Let's take a look at what MLB home run leader (as of this writing) Nolan Arenado of the Colorado Rockies does when hitting this home run to left field last year: 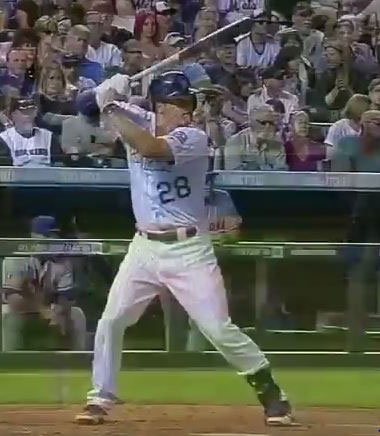 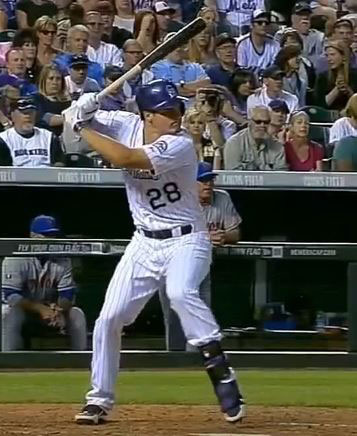 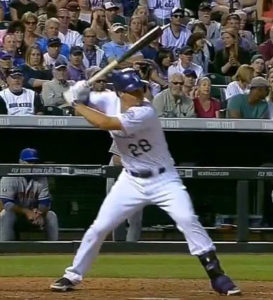 Here's a slow-motion video of this sequence: 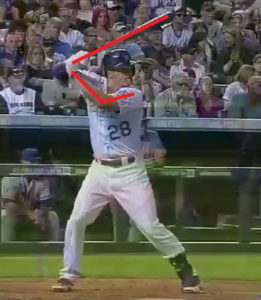 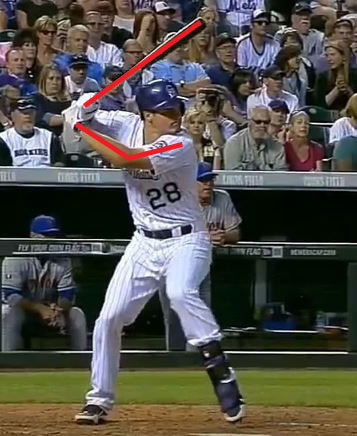 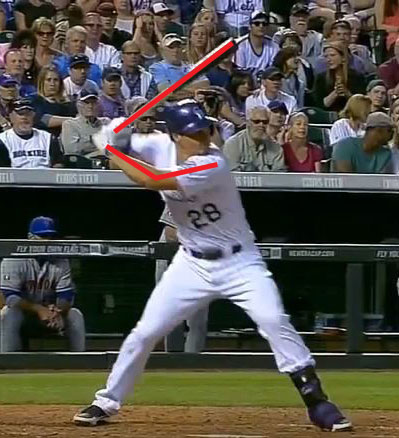 The problem in youth baseball

What we often see instead in kids during that same part of the swing sequence (stance to foot plant) is something more like the following:

That is, kids typically have already started bringing their bat forward at foot plant. (This particular swing is not a game swing but it happens in game swings just the same.)

Now, you won't be able to see this problem unless they execute their full swing. Having the players show you only that particular sequence of stance to foot plant likely isn't going to reveal whether the players have this problem. You must have them do a full swing, and since the full swing is too quick to observe mechanical deficiencies, you will also need to take video of that full swing and that analyze that video.

I've seen this issue of premature swing initiation occur among travel players as well as rec league/house players. The problem is not as severe among some travel players but it still happens among many travel kids, and it is pretty much rampant among all non-travel players.

The suggested fix for this issue has three pros and one con. The pros are that it's easy to implement, can be personalized and is one of the few mechanical tweaks that can be made during the short spring/summer season rather than over the longer offseason. The con is that it requires working one-on-one with a coach; this isn't something you can do in a team-wide or even small group setting.

Here's how it works...it's a simple two-step drill.

First, have a coach stand behind the hitter (as if he were a catcher). It's also fine for the coach to stand behind the batter's back. The batter should be in his/her stance and the coach is lightly holding the top or barrel of the bat.

Second, the batter loads and strides. Ideally, the bat will stay in that same angle and position, not starting to leak forward. If the batter tries to leak the bat forward during the stride, s/he should feel the bat being lightly restrained from leaking forward since the coach is gently holding the bat in the same angle and position. This sequence helps the batter feel for himself if he's doing something he shouldn't be doing.


Repeat this movement roughly ten times. On the last rep of this drill, have the coach let go of the bat—just as a parent would let go of his/her kid's bike when teaching them to ride their bike without training wheels—and see if the batter maintains the bat angle and position, not leaking forward. If so, then the batter can then graduate to a full swing, with the coach taking video of the swing again to see if the leaking bat issue has now gone away even with a full swing. If not, repeat the drill again.

Once properly addressed, you should see the batter hit the ball with more authority.