On both the podcast and the blog, one of my goals is to separate misinformation from true information about coaching youth baseball. For the longest time, I thought there was only one way to wear a baseball glove:

In other words, just stick your entire hand inside your glove. 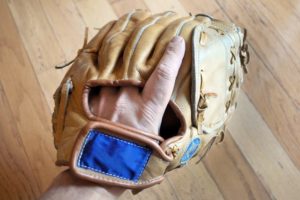 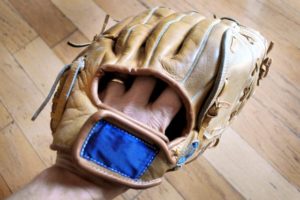 So "how to put on a glove" was essentially a non-teach for me as a coach. I thought this was as obvious and basic as "how to wear cleats".

Not how the pros do it

Recently, I discovered that advanced players do not simply slide their entire hand into their glove. Check out Cubs SS Addison Russell: 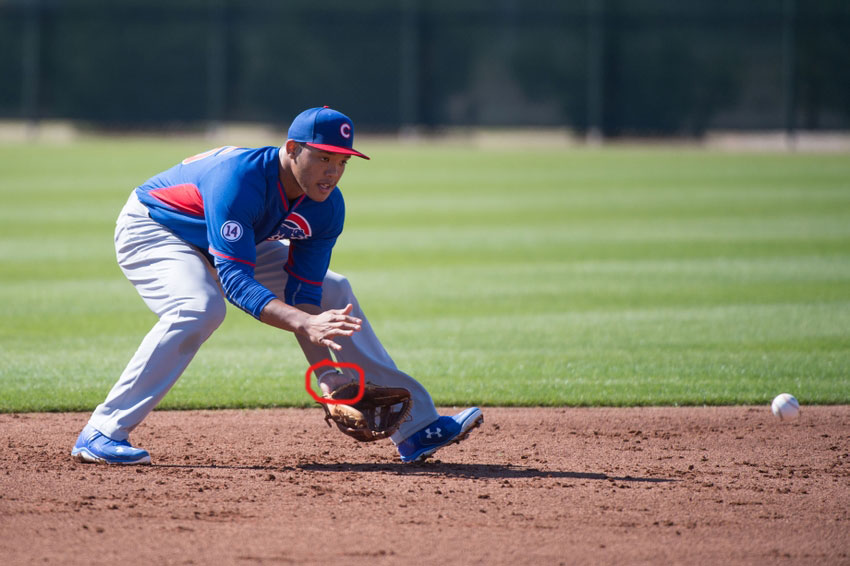 What Russell—and basically every Major League ballplayer—does is leave the palm of his hand outside his glove.

Don't believe me? Here are pictures of every 2016 Gold Glove winner doing the same thing:


You might think this only applies to the "regular" position players, but not catchers, right? Actually, no...catchers wear their gloves this way too. Here are the 2016 Gold Glove catchers:


What about pitchers? Surely they wear their baseball gloves the "normal" way, right? Actually, no...even pitchers wear their gloves this way. Check out the 2016 Gold Glove pitchers:


According to Justin Stone of elitebaseball.tv, there are three reasons advanced baseball players wear their gloves this way:

But this way of wearing your glove is not merely exposing the palm of your hand, because if that were the case, hopefully you'd be asking how players would close the glove to secure a non-groundball (e.g., line drives, fly balls, thrown balls). After all, the finger length from the fingers of the hand going into the glove finges will be shorter if you don't slide your entire hand inside the glove. In order to regain control of the glove fingers, players:

This means the index finger slot is empty (which was often empty anyway, as most players who put their entire hand in their glove would often leave their index finger out of the glove).

What about younger players?

For youth players, this method could be a little tricky since youth players' fingers are shorter than adult players despite wearing similar size gloves as adults.

Every player is different so they should be evaluated using this new method individually and not rely on an arbitrary distinction like a certain age or school grade.

This new method will be a revelation to many coaches and parents, as it was to me. This method is almost standard operating procedure for all college and pro players so it's absolutely worth having your players start to learn it if they are already able to comfortably catch a ball.

Once your player(s) try it, leave a comment below and let Edge Nation know if they prefer this way or will go back to the traditional way of wearing their glove. It'll likely be foreign initially but how will they feel about it once they use this method for, say, a few weeks?

And if you've been doing this for years already, leave a comment below and let Edge Nation know how it's working out for you or your player(s).