You may remember the TV show "Kids Say The Darndest Things" in the 90s featuring the now-troubled Bill Cosby. In the show, Art Linkletter would ask kids some innocent questions and the kids would respond with something innocently odd. 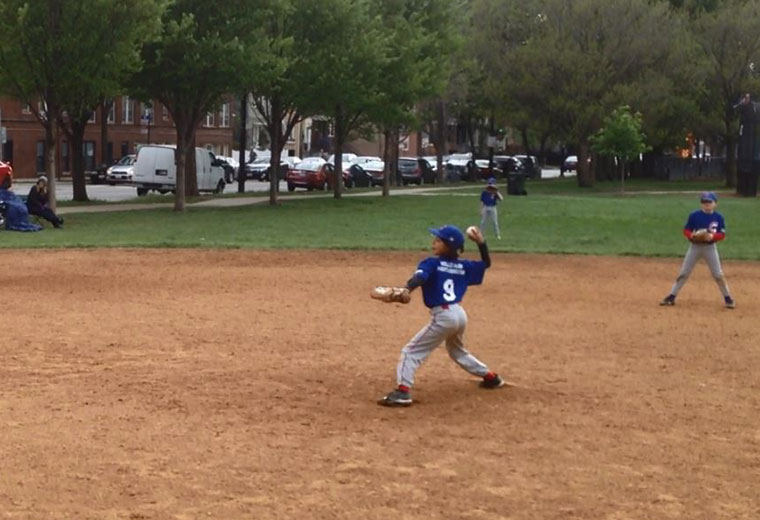 OK, fine, that is a correct perception; it's true that only a small minority of coaches realize that telling a kid to "throw strikes" is weird. But that's not perceptive enough. Saying "throw strikes" is not just something to snicker about, to mock at what a goofy saying it is.

If the problem was just that coaches say innocently odd things, it wouldn't be that big of a big deal. In that case, sure, you would chalk it up as a Yogi-ism, chuckle at the coach and move on.

After all, when coaches say this phrase, I'm sure the intent is to be helpful. I don't know the exact reason why a coach would tell his kid pitcher to "throw strikes" but perhaps the coach thinks the pitcher isn't focused enough and needs a reminder to focus. Or, more likely, maybe the coach feels that he's not a good coach unless he's saying something to a player who's struggling. But whatever the reason, the coach didn't say "throw strikes" to intentionally be harmful.

Yet, it actually is harmful.

When you say something to the effect of "throw strikes", you actually are doing not one, but two harmful things:

​Think about it: what kid wants to walk batters? The pitcher wants to succeed—to prove to himself, his teammates, his friends on the opposing team, his coaches, his parents, and basically everyone watching him that he's a good player. Now you're announcing to everyone whom the pitcher is trying to impress that he is failing. That ratchets up the pressure, so the pitcher might throw it slower to try to throw strikes, alter his delivery, aim the ball or any number of other desperate counter-productive workarounds to try to throw strikes.

If you're an adult reading this, ask yourself: would you like to be treated that way yourself? Imagine that you were in a conference room to give a business presentation to your boss, your boss's boss, your colleagues and other important people. Suddenly, the projector goes blank and you don't know why. You're trying to get the presentation back on but you're struggling. If your boss sternly said to you, "C'mon, Steve. Let's get the presentation back on," would you feel more public embarrassment and more pressure than if your boss said, "That projector has been flaking out a lot lately"?

Duh. Of course you would. Yet many baseball coaches routinely say "C'mon, Steve. Throw strikes", as if that were helpful.

Let me say it again for emphasis: saying "throw strikes" is not merely an innocuously weird statement to make; it's actually a harmful thing to say.

So what should coaches do instead of saying "Throw strikes!"?

By saying some variation of this, you're now doing three different things:

The first phrase ("You're good") instills confidence, and the second phrase ("Next pitch") instills a new mindset. Together, they will do more to help a pitcher throw strikes than actually telling your pitcher to "Throw strikes!"

Should you mention mechanics? Only if it's egregious, and even then, only during a mound visit (or even better, in-between innings if possible). I would not yell it out to the pitcher because again, you're showing up your pitcher in front of everyone. ("Hey, everybody, Johnny's front foot is landing way off to the side!") The more discrete you can keep things for a struggling pitcher, the more you can help him save face and not embarrass him publicly.

If you are a coach who has told your pitchers in the past to "throw strikes", make a commitment today to throw that phrase in the garbage where it belongs. In its place, say something that expresses confidence to your pitcher while encouraging him to focus on the next pitch. Even if they still struggle to throw strikes, your pitchers will love you for at least having their back rather than shooting it.