Every baseball parent wants one.

Every baseball coach wants one.

Every baseball player wants to be one.

"One", of course, refers to a "pitching prospect". 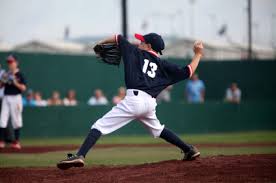 When it comes to youth baseball, nearly everyone considers the key position for non-pitching leagues (think tee-ball or coach pitch) to be the first baseman. But once kids are allowed to pitch, whether it's travel ball or house/rec ball, everyone knows the top pitcher is the star of the team. It's not the shortstop. It's not the first baseman. It's the pitcher. Always. And it's not even close.

This makes sense. The stud pitcher can single-handedly win the game, and do it on a consistent basis—something the shortstop and first baseman cannot claim. (And every coach intuitively knows this, which makes it even more perplexing to me why they put so little emphasis on pitching in the usual youth baseball practice—but I digress).

So every youth baseball coach and his brother covets great pitchers. And when those coaches (but not so much their brothers 🙂 ) do have great pitchers, they ride those stallions to the promised land, whether it's a league championship or a showcase tournament championship or what have you.

This, however, introduces an unwitting catch-22.

The stud pitcher at age 9 gets ridden a lot, throwing more pitches and innings (and throwing them harder) than other pitcher teammates. He will likely be recruited to a travel team, where he will pitch even more (and again, even harder due to the higher quality of the opposing hitters) than in his house/rec league team. So by the time he hits high school, there's already quite a bit of highly-revved mileage on that golden arm.

More hard-earned mileage accrues during those four years in high school. He may have done enough on his high school team to get an invite to a college team. So four more years of tough mileage pile on, and by the end of his collegiate career, that once-golden arm will have pitched for at least 12 years! Twelve! And this doesn't account for even more war time on the arm while toiling in the minors if he gets that far.

So the better the pitcher is at age 9, the more lauded he is, and the more—and the harder—he throws (compared to his average pitcher teammate at age 9). If he has some poor mechanics, most coaches either won't notice or won't care because who wants to mess with a golden goose? And on and on it goes, with more wins requiring even more wins, ensnaring him in a vicious cycle that most coaches and parents think is great but don't realize could be potentially disastrous. That star pitcher's reward for all that notoriety and acclaim? Quite possibly, Tommy John surgery or some related pitching injury.

And that is the irony in all of this: coaches think they are doing their star pitcher a favor by pitching him more, when in fact, it quite possibly could be doing more harm. 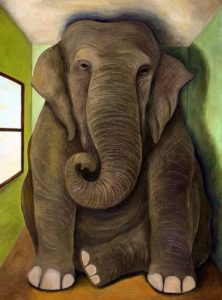 I have an alternative proposal to develop pitching prospects in a way that is safer than the way many are handling it in today's youth baseball circles.

My proposal to develop pitching prospects is simple enough to be encapsulated in two words: develop shortstops.

Some of you may be raising an eyebrow at this point. "Develop shortstops? I thought this was about developing pitchers!" It is. Here's how.

You see, shortstops are (or should be) the most physically gifted athletes on your team. Center fielders on high school teams and up are also extremely athletic but still not on par with shortstops. Shortstops not only flash uncanny glovework but they also typically possess highly agile footwork. It's also common for top shortstops to have the "independent hands" that Justin Stone mentioned in Session 3 of the Youth Baseball Edge podcast, as well as a high baseball IQ.

If you develop athletic players, then you have built the foundation they need to be successful pitchers. Travis Kerber in Sessions 11 and 12 of the YBE podcast mentioned the critical importance of pitchers being athletic to best handle the kinetic chain of pitching. Athletes can always convert to pitcher later. The best part? They won't have the heavy mileage as kids who pitched hard and often early in their career.

Bonus: Download my Athleticism Idea Guide, which contains my suggestion to help promote athleticism in your players at your practices, complete with various implementation ideas. Get the Idea Guide FREE.

The one benefit of someone who isn't a career pitcher is you have a lot less mileage on the arm. When they make that conversion, they tend to have this freshness." 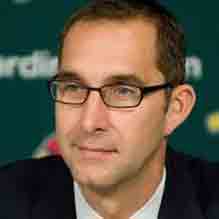 Athleticism will work in any position on the baseball field. And it turns out, that includes pitcher.

In the October 6, 2015 Wall Street Journal, Brian Costa reported that the 2015 MLB postseason featured the rise of a different breed of pitchers: pitchers who avoided pitching for as long as possible. 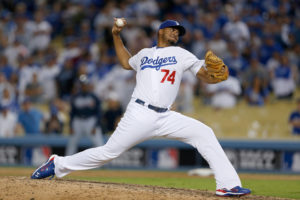 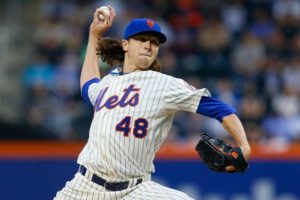 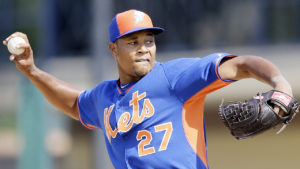 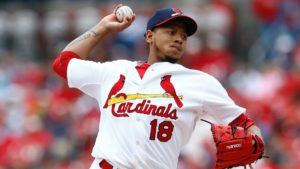 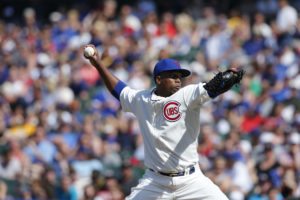 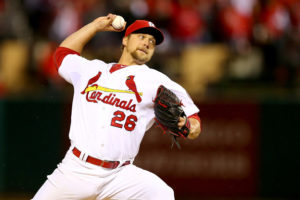 Did you know you can have success as a pitcher even if you didn't start pitching at an early age? Click To Tweet

Here are three arguments against converting position players to pitchers later in their career, as well as my responses to each.

First, it is argued, many position players try to become pitchers and fail. However, what we don't have is stats on how many failed converts were formerly shortstops and catchers, as opposed to, say left-fielders and first basemen. A look at the above list of the highly successful "accidental pitchers" in the 2015 postseason reveals a background on either athletic shortstops or catchers with strong arms and high baseball knowledge. So if you develop athleticism in your kids, you are grooming them to do well in any position—including pitcher.

Another argument against a delayed start to pitching is that some converts who do make it to the big leagues still suffer from injuries. Cubs reliever Jason Motte, a former catcher, who struggled through 2015 with a shoulder strain after already having had Tommy John surgery. But as both Chris O'Leary and Travis Kerber pointed out in their respective YBE podcast episodes, many injuries occur because of improper mechanics, which will wreck any pitcher's career, regardless of its origin.

The third argument against "accidental pitchers" is that some of the finest pitchers in the 2015 postseason took the traditional path to the major-league mound. In other words, the "old way" still works, the argument goes. That may be true but such players may be the exception in today's age rather than the rule. There are even more pitchers who took the traditional path and flamed out either in injuries or ineffectiveness before reaching the major-league mound.

This is not to say that you should not try to teach youth players how to pitch. In fact, I have two podcast episodes on how to teach pitching to your players (here and here). I've even stated elsewhere that coaches should spend more time teaching pitching in practices, not less.

What I am saying is that we should teach all our kids how to pitch, not just the thoroughbreds. Whoever is a thoroughbred at age 9 may not necessarily be a thoroughbred at age 14. And whoever may be an average pitcher at age 9 may become an above-average pitcher at age 14. Teach all your kids to pitch, and then give them all the opportunity to pitch. Your goal, whether coach or parent, should be player development, not showcasing the top talent. And part of player development is developing general athleticism in your players. In other words, developing shortstops. Not developing pitchers.

This should be a wakeup call for parents and coaches. You don't have to pitch as much as you think at a young age to become a major-league pitcher." 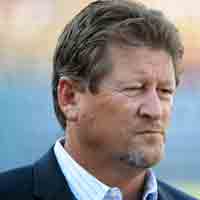 To help give you even more of the EDGE, I've got a bonus for you.

You may be wondering "How do I develop athleticism?" I've got some easy ideas you can implement in your very next practice. They're listed in the Athleticism Idea Guide, a two-page synopsis of a practice routine complete with suggested ideas to help your kids gain some athleticism. It should get your creative juices flowing to come up with even better ideas. And I encourage you to list your own ideas in the Comments section below. I'll take the best ideas and update the Idea Guide with them (giving credit to you, of course). It's how we can help each other with practical, actionable content!

Note: downloading the Idea Guide will also sign you up for my newsletter (unless you are already subscribed).

GET YOUR IDEA GUIDE NOW